Go Back to Exhibitions 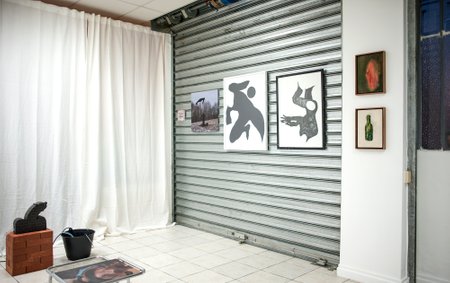 When we opened our first show in November 2016, Patrick Weldé’s FUCK THE SYSTEM, after the summer of Brexit and the shock election of Donald Trump, we were published in conversation with Weldé in i-D Magazine:

it’s not a gallery, it’s a way to enable artists to show their work outside of the established systems

Fast forward two years to October 2018, after the 50-year anniversary of May ‘68 and a year of no-fixed-address nomadism, and Contemporary Art Galleries published an interview with us where it was clear things had evolved:

Goswell Road - the model it has taken and has become, has been completely autonomous. We never defined a path for it, so we follow it and grow with it to see where it will take us.

Here we consecrate our two-year anniversary, a life stage worthy of archive, known in infant development as The Terrible Twos.

The terrible twos is a normal stage in which toddlers begin to struggle between their reliance on adults and their desire for independence. One minute your child might be clinging to you, and the next he or she is running in the opposite direction.